Looking in the Mirror, Digme Gyms are Knackered 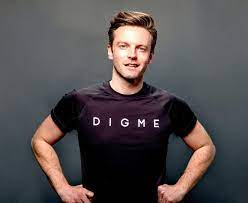 This time last last year we were being force-fed news about Akshata Murty, who happens to be married to NTI's bet as a shoe-in for the next James Bond (Rishi Sunak) and who happens to be the daughter of one of India's richest men. The Mirror had done a little digging with what appeared to be a very small and rather flimsy spoon and Ms Murty ("one of Britain's richest women" ... "richer than the queen") was shamed by being a shareholder and director of a company untidily shoved onto a list of nearly 750,000 UK firms which received furlough cash.

The reality was (and is) that Ms Murty is a 4.5 per cent shareholder of a company with about 50 employees which had encountered financial squeezing during lockdown and was accepting a perfectly valid Government-backed loan to get it back on its feet.

The Mirror are going to have a field day when they eventually catch up with the news today (Thursday 10 February). The company, Digme Fitness have just filed a Notice of Intention to Appoint Administrators, having unsuccessfully tried to revive its fortunes by re-launching as an 'online gym'. Hmmm - all Zoom classes and rental bikes; an idea just slightly worse than it sounds. Mind you, hand it to Digme; they put it rather better when 'changing business direction' at the end of the pandemic; "The company has taken advantage of the crisis and made a rapid strategic pivot to become an omnichannel fit-tech business." A 'rapid strategic pivot', eh? Ms Murty has been listening to her husband talking in his sleep.

Digme (whose name Billy struggles to pronounce and it variously escapes his lips as "Dig Me", "Dime" and - most curiously - "Do Me") have already closed its eight sites in London and Oxford and have been seen shuffling through the doors of the UK's sixth most prestigious lawyers, Shoosmiths (Billy pronounces this one, "Choo-Smiffs"), seeking insolvency advice to no avail as Administration beckons.

A company spokesperson for Digme said: "As a consequence of the Covid-19 pandemic, 2020 has become an extraordinary challenge for us. Our team has shown incredible determination and motivation to weather the storm."

"We're knackered!" shouted a voice just behind her, from a room in which a spinning class had just ended.

"Well, yes; but we didn't want to put it quite like that," responded the confused spokesperson.

Do they have buyers in mind? Do you know anyone who wants to buy an 'omnichannel fit-tech business'? How will the Mirror put it when they finally get hold of the story? "Pint-sized Chancellor's Wife Seeking to Pivot"? It is true that our Chancellor is just shy of five feet six (the size of the average bollard or a large cheese straw), but he has nothing whatever to do with his wife's father's money.