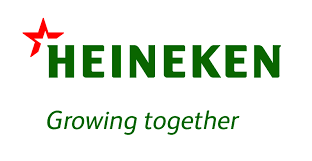 There are 8,000 people today who recognise that Heineken unleashes the redundancy figures other beers cannot reach. It is a shocking number, but only part of a £1.8 billion cost-cutting programme over the next two years.

If your sister works for Heineken in their hops division (for such there surely is) and you are about to call her to ask how she is, we in the NTI newsroom should warn you that have been the victim of a partial clickbaiting drive-by, as just under 100 British employees are to go in these measures, equivalent to about 4 per cent of its 2,300-strong local workforce. That's still a lot, and we don't need to patronise you by suggesting reasons for these cuts by the world's second biggest maker of beers and the UK's number 1. The hospitality industry is totally knackered.

But does 'knackered' have a number? It turns out it does. A report from the British Beer and Pub Association (the BPPA) tells the sadly illiquid story of sales of beer in pubs falling by 56 per cent, or £7.8 billion in 2020, last year as lockdowns and trading restrictions took their toll, according to industry figures. A surprisingly sober spokesperson from the BPPA said: "Our members cannot continue to hold out under these circumstances."

"Would you call this a 'droop' of the brewers?" a tactless journo asked, receiving the acclaim of a few indiscreet sniggers by a few fellow attendees at the press conference. He received 'a look', a clearing of the throat and a disdainful shrug by the spokesperson, who continued:

"We are calling for continued financial support even after pubs reopen."

Back to Heineken, the company claims to have helped many of its tenants with up to £44 million of rent cuts during the worst times of Covid. This is whilst it recorded a big increase in sales through supermarkets and other retail outlets. One of the big winners was its non-alcoholic Heineken 0.0 lager, which washes the vegan pork scratchings and potato-free crisps down a treat.

We couldn't blame you for staying in for a few 0.0 lager sharpeners this evening to wash that news down.