Mark Zuckenberg is Feeling Unwell: He Bet His Shirt on T M Lewin 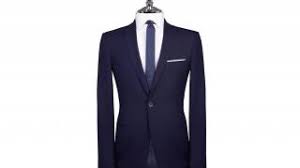 If you are Mark Zuckerberg you may be feeling a tad under the weather today (Thursday 4 February), having just caught up with the news that your company lost $200 billion yesterday. Facebook's shares plummeted 20 per cent on the news they are enjoying 500,000 fewer log-ins (mostly due to Michelle's neighbour, who has stopped taking photos of her regular cups of tea, strangely shaped carrots and hilarious cat, Stride). Cheer up, Mark, your personal income only took a hit of $29 billion dollars, and now the Bank of England have this afternoon upped UK interest rates by a further 0.25 per cent your primary investment in the Nationwide will go up in no time.

We in the NTI newsroom wonder what it must feel like to be 29 billion dollars worse off just by dint of getting up in the morning. Does it hurt as much as getting your arm trapped in a door of a train on the Central Line; or being Mr and Mrs Greenwood and now wishing you had bought that new caravan in December like you promised yoursleves?

We gather that Mr Zuckerberg is an unsecured creditor at T M Lewin and still hopes to get quite a bit back on his claim of £1.5 million. Oh dear.

The news today is that unsecured creditors at Lewin's have been left £30.4 million out of pocket from the pre-pack Administration. Resolve said that Torque, as a secured creditor with a floating charge over the company worth £28.4 million, will receive about 79 per cent of its money back. However, employees were still owed £1 million in outstanding wages, holiday pay and pension arrears, which is better than the employees at T M Lewin's stores, all of them losing their jobs last year, as the business moved online.

As referred to above, unsecureds are owed £30.4 million, but the Administrator said they would have to share a £600,000 pot. Before they reach for their calculators we have 'done the math' for them; they each get about tuppence in the pound, which means Mr Zuckerberg would get around 50 million back on his $29 billion dollars, had he invested it all in shirts at Lewin's.

We've just seen a story on the news-wire, that the CEO of HMRC has told MPs this afternoon that billions of pounds of fraudulent claims for Government Covid support schemes had been “inevitable” and it was “unrealistic” to expect all of it to be recovered. However, we have to catch the last post for this bulletin and it goes at 5.00pm from a postbox outside the undertakers. We'll get Billy to look into this in greater depth tomorrow.