Nearly as Good as Torvill and Dean, the IMF Have Spoken 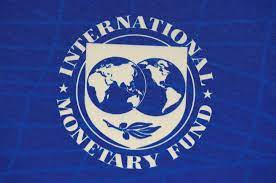 The numbers held up by the International Monetary Fund (IMF) this morning (Wednesday 7 April) were the best to have been seen for 37 years, at which time Torvill and Dean attracted a full range of perfect sixes to win gold in the 1984 winter Olympics in Sarajevo.

The IMF predicted the UK's economy would grow by 5.3 per cent this year and 5.1 per cent next, a significant upgrade on their forecast in January and absolute proof that they have no idea at all what is going on. In fact, just as in those great skaters' performance, this is just another load of Boléro. However, it is one of those rare moments when economists' predictions weigh in our favour, so the NTI newsroom have decided to report it. These numbers put us in third place in the IMF's growth forecasts for the G7 nations (of which there are ten), a mere breath behind France at 5.8 per cent growth in 2020 which, as it is wrong anyway, puts us third of ten, which should be seven, in a list of numbers that will be re-forecast and changed again next month. There is so much to celebrate.

Those two growth numbers add up to 10.4 per cent, which is good as in 2020 the UK economy shrank by 9.8 per cent, the deepest recession since 1709. We will all be quids in, but not as Euros in as the French, by the end of 2022. All of this good 'news' is due to federal financial support around the globe (amounting to a eye-boggling $16 trillion worldwide), as well as interest rate cuts, quantitative easing and loan guarantees ... as well as the roll-out of vaccines against the Covid-19 virus.

The IMF explained in their report that the challenges would have been three times worse had such government intervention not been widely applied, but by that they mean that we all would have been between two and 15 times worse off, and that it will take between three years and 21 generations to globally recover.

The IMF stressed that the pandemic was hitting poor countries and the poor within rich countries hardest. They also explained that hitting each other over the head with logs resulted in pain and that Torvill and Dean are between eight and 36 per cent unlikely to win gold again (unless medals will be awarded on Bake Off). China stands out as the great exception to all the very obvious stuff contained in the report, but it did enable the IMF to come up with a number they weren't guessing, which was the return of that world power to its pre-pandemic size in 2020. However, and the guess work starts again here, most emerging markets are not expected to get back to where they started until 2023.

Having taken to the stage and held up numbers, the IMF decided they were on a roll and went on to say that advanced nations like the UK must consider a raft of temporary tax increases to provide targeted support for vulnerable households, including minorities, women and workers in low-paying jobs and in the gig economy. It called on governments to consider higher property and inheritance taxes alongside wealth taxes as part of a reform of “domestic and international tax systems to promote greater fairness and protect the environment”.

"We're not doing that," said governments and the IMF went off in a sulk.

The NTI newsroom will return to reporting news again tomorrow, moving away from a bunch of made-up numbers from serious-faced people with nothing better to do.