The NTI Newsroom Cowers in the Face of the Growth Numbers 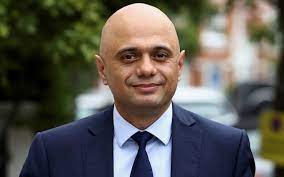 Even the emergency phone connecting Neil with the rest of civilisation has gone down and there is nothing to connect him with the world as we know it. Richard was desperate to speak to him this morning when contemplating this and other news pieces and was heartened to hear that a message has been laid out in flint on a beach on North Ronaldsay that spelt 'Save Yourselves'. It may not have been Neil, but it was typically selfless.

One of the reasons for wanting to get in touch with Neil was to seek his advice. The NTI newsroom have been contacted by some terribly woke association who disapprove of bubbles in sparkling water, Channel 4 (and ITV) and the use of all pronouns. Richard was cowering under an onslaught from them, having used the word 'tremble' in an article reporting an earthquake registering 6.2 in Central Sulawesi, Indonesia earlier today (Monday 26 July). Of course it was thoughtless, when words such as quail, shiver, flinch and wince were available and the association described itself as affronted by the callousness of the bulletin.

The association had wanted to use the word 'outraged', but realised at the last minute that this might imply that a 'rage' might be in the position to be 'outed' and that would have been a grave error (which they also couldn't say, as use of the word 'grave' is offensive to anyone whose great great grandparents may be occupying one or more).

Richard wanted Neil's sign off to say that the UK’s economy is growing at the fastest pace in 80 years and is expected to recover to pre-pandemic levels by the end of this year, according to an influential survey. He realised that use of the term 'fastest pace' is unbelievably unsympathetic to those Olympic hopefuls who came in second or even third in their qualifying heats. He was also very unsure that using the phrase 'influential survey' may be insensitive to those surveys that are merely 'quite interesting' or 'passable', and those who conduct them may never recover from the slight.

Hang on, the word 'slight' may be offensive to fat people and the use of the phrase 'fat people' alienates 65 per cent of Americans and 36 per cent of kids leaving British schools.

It makes you cower to even contemplate it, doesn't it? We know that poor old Sajid Javid has been cowering most of the weekend, but has no idea how to tell people about it.

The EY Item Club is predicting that the UK economy is now expected to grow by 7.6 per cent this year - the fastest rate since Japanese aircraft attacked Pearl Habor in Hawaii - and higher than the 6.8 per cent predicted in April. The UK is forecast to recover from the Coro ... blah, blah, blah almost three years earlier than had been feared last summer. Mind you there was a lot of fear around last summer and it was hard to connect any part of it to any one source.

Martin Beck, senior economic adviser to the EY Item Club said: “Compared to other economies, the UK is much more dependent on consumer spending on services, such as recreation and leisure activities, which meant that lockdowns had a greater economic impact here than elsewhere.” In truth, we have more than £200 billion to spend in our bank accounts and want to get on with it.

The EY Item Club also expects that business investment will rise by 3 per cent this year, although this is more than half the rate of growth forecast in April after a weaker-than-expected performance in the first quarter. Business investment is expected to rebound by 12.9 per cent in 2022, higher than the previous 10.5 per cent forecast.

So, it appears that many of us can stop cowering and start celebrating (unless the word 'celebrating' is still offensive to any England fans who havent got over the Euros).