One In Eight: Furlough For Now 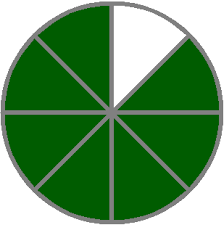 Did you know that one in eight people in Australia are officially living in poverty (mind you, one in eight Australians also live in Brisbane and environs, and we in the NTI newsroom are not sure which is worse). Maybe more alarming is that one in eight five to 19 year olds in the UK either have or have had a mental disorder, and one in eight of the world's population are still classified as 'chronically hungry' according to a United Nations report (that is approximately 900 million human beings).