One Year On and the Numbers Look Very Different 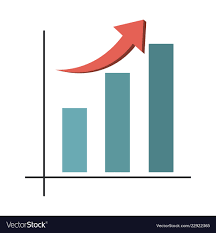 This time last year we were all looking wearily back at the first period of lockdown and warily forward at the inevitability of another. The numbers were big, all being prefixed by minuses and you couldn't take the gleam out of Laura Kluenssberg's eye with a sharp stick.

365 days on and we have some equally big numbers to savour, now pointing in the opposite direction. Grey-suited economists have taken to wearing azure blue ties, reporting that Britain’s economy surged forward in the second quarter, growing 4.8 per cent as consumers eagerly spent money following the easing of Government restrictions, whilst we are simultaneously vaccinating hoards of young people who no longer believe the jab will make them infertile or quack like a swan.

The UK's economy produced 4.4 per cent fewer goods and services between April and June than in the final quarter of 2019, but we should take into account that the quarter included the spiky growth in the Delta variant and a million people having to self-isolate, affecting the growth of the vital leisure and holiday sectors.

The NTI newsroom's tip for the next James Bond appears to have recovered from his recent dressing down by Boris, saying: “I know there are still challenges to overcome, but I feel confident in the strength of the UK economy and the resilience of the British people.”

Hurrah. Good old Rishi, he knows how much we need words such as 'strength' and 'resilience' in a sentence.

The second-quarter growth rate was underpinned by resurgent consumer spending, which rose 7.3 per cent with outlays at restaurants, hotels and transport the strongest. This proves that we Brits like nothing more than to spend money, whilst wearing white socks and sandals.

Even our old friends at the Office for National Statistics jumped onto the carousel having published the first estimates for growth in June, which it estimated at 1 per cent in the month, raising the pace of recovery from a 0.6 per cent rate in May. (Which means it will turn out to be 1.2 per cent and they will only be half right; their best performance in a year.)

Ruth Gregory is new to us. She works as a senior UK economist at Capital Economics and we already like her a lot. She said the monthly figures showed that “GDP will return to its February 2020 pre-pandemic size by October and that the economy may yet surprise most forecasters by emerging from the pandemic without much scarring”.

We love a rebound and as long as Harry Kane is on the end of it to knock it away we are prepared to celebrate with a beer.