Oscar Wilde: He Will Have The Great Ideas Next 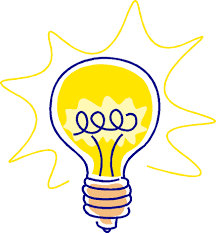 Oscar Wilde was a very bright chap, but also known for his plagiarism. He was on the end of a spiky retort when at a dinner party with James Whistler, the painter, when he heard a humorous remark.

"You will, Oscar, you will," came back Whistler. This is a little rich of us in the NTI newsroom, as we are quoting both Wilde and Whistler this evening, but whilst we are at it we are going to stay with our mate Oscar, who said about fertile thinking: "An idea that is not dangerous is unworthy of being called an idea at all." Good one.

There are heaps of good ideas about today (Monday 1 March), one of the best coming from MPs on the Treasury Select Committee who are calling on 00 Sunak to allow businesses to offset pandemic losses with Corporation Tax refunds. Specifically what they are calling for is for companies and self-employed people to be able to offset tax relief against up to three previously profitable years.

"Anything else?" said Rishi, forgetting to laden his voice with sufficient irony.

"Actually, yes", Mel Stride, chair of the Committee said, either ignoring his sarcasm, or choosing not to hear it, "the annual investment allowance which provides tax relief to companies for spending on equipment."

"We think you should extend it."

Mr Sunak thought better of asking, however sardonically, 'anything else?', as he knew they would start on pension tax relief and stamp duty land tax.

More good ideas are emanating from landlords, desperate for relevance and a bit of good old-fashioned rent. They are coming up with notions for empty department stores and commercial premises, including zip-wire rides, bungee jumps, entertainment centres, indoor go-karting and trampoline parks, presumably under the grabby heading, "Sixty Ways to Kill Your Gran". This comes just the week after H&M started to publicise its 'come and feel it before you buy it online' services, as well as their fashion rental and garment repair centres.

John Lewis is looking at marketing former retail space as residential property in city centre locations and Sir Philip Green is still trying to flog his winning idea of turning a former fashion chain into a super yacht and an orange tan. The developers behind Scotch Corner, a designer outlet village in North Yorkshire, are moving on with plans to start building the £100 million first phase of the site, but now including more outdoor leisure facilities, including a cycle track and a fly-fishing lake, as well as an in-house micro-brewery and a dog walking area. They are clearly targeting the 'husband' of the antiquated binary relationship who will soon to be heard begging his equally binary wife to go shopping, so tempting are the activities that accompany a once-loathed outing.

Talking of 'ideas', Electra Private Equity, the owner of the UK's TGI Friday's franchise is in negotiations with the American owner of the brand over a new agreement for a bar-based operation called '63rd+1st'. This will hark back to the chain's cocktail bar heritage. Do you get the impression that everyone is working really, really hard to capture both our attention and imagination, to lure us back out of the house? Don't they realise that we would go anywhere right now for a piece of dried cod and some oven chips if it was served with warm beer and a 1980s' juke box?