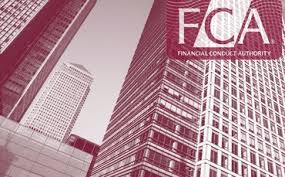 Neil tells us that when he was a lecturer at the College of Law in the early 20th century it always amazed him (an astonishment he would share with his poor students) that section 76A of the Police and Criminal Evidence Act stated that, when interviewing suspects, coppers had to avoid 'oppressive behaviour'. Opression was further defined as, ' ...including torture, inhuman or degrading treatment, and the use or threat of violence (whether or not amounting to torture)'. He must have said 200 times:

"Really? They have to say that in legislation?!"

There was a sense of deja vu this morning (Wednesday 27 July) reading about the Financial Conduct Authority (FCA) confirming its plans to bring in a new 'Consumer Duty', which will fundamentally improve how firms serve consumers. At first read you think; 'this will be interesting. There must be a breakthrough in standards and the ways they are expressed.'

The FCA - a little too smugly for our liking - say that, the Duty is made up of an overarching principle and new rules firms will have to follow. It will mean that consumers should receive communications they can understand, products and services that meet their needs and offer fair value, and they get the customer support they need, when they need it.

Is it is just the five of us in the NTI newsroom that think; what have you actually been doing before this? Allowing badly-written, baffling communications about terrible products that meet no-one's needs? The FCA are an independent public body, funded entirely by the fees they charge regulated firms and accountable to the Treasury, which is responsible for the UK's financial system, and to Parliament. They employ just shy of 4,500 people to do what they do.

The FCA's PR department are having none of this cynicism. They love their new Consumer Duty. After all, it will (they say) lead to a major shift in financial services and will promote competition and growth based on high standards. As the Duty raises the bar for the firms they regulate, it will prevent some harm from happening and will make it easier for them to act quickly and assertively when they spot new problems.

Getting down to specifics, The Duty will include requirements for firms to:

- end rip-off charges and fees
- make it as easy to switch or cancel products as it was to take them out in the first place
- provide helpful and accessible customer support, not making people wait so long for an answer that they give up
- provide timely and clear information that people can understand about products and services so consumers can make good financial decisions, rather than burying key information in lengthy terms and conditions that few have the time to read
- provide products and services that are right for their customers
- focus on the real and diverse needs of their customers, including those in vulnerable circumstances, at every stage and in each interaction

In a western first-world economy you would expect these values to already be engrained into the fabric of our society. If we had previously set you a test, asking what the FCA do for us as a consumer community, wouldn't you have hazarded a guess ...

"I don't know - stop rip-off charges, allow me to cancel products easily, provide financial products that are right for me, the customer?"

Well, you would be right. Now.