PfP and Moneyplus Go Down: But Offgem are Pretty Chipper About It 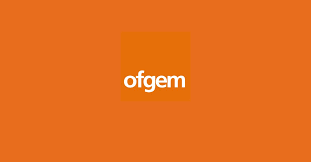 The NTI newsroom have been trying to get hold of customers of PfP and MoneyPlus Energy (after all there are almost 94,000 of them, so one of them must have a phone), but they are busy getting meter readings and contacting Offgem.

The two energy suppliers ran out of steam yesterday (Wednesday 9 September) in the wake of soaring wholesale power costs, raising questions about ... just how hard can it be to use other people's pipes and wires to provide energy to people?

It is good to hear that these people are not fumbling around in the dark looking for the cat litter tray and new meaning to their life, as Ofgem said it will choose a new supplier for the two companies' customers under its safety net process. There will be no interruption to customers’ energy supply in the meantime. This is a great relief to those using kidney dialysis machines and/or taking a lift to their 30th floor apartment.

It may not be accurate to say that PfP and MoneyPlus are in good company, as more than 20 energy suppliers have collapsed over the past five years in an increasingly competitive and heavily regulated market. It will also come as no relief to the rest of them, as pressures are set to continue after wholesale energy prices soared to record levels amid a global gas supply crunch.

The production of gas is another business to suffer as a result of the pan ...blah, blah, blah. This time it is due to gas being in short supply globally, owing to a toxic mix of underinvestment during the pandemic; fields taken offline for maintenance; lower exports from Russia; and rising demand, including in Brazil where a drought has dented hydropower output (it's always another country to blame, isn't it?).

Prices in Britain hit a record 136.6 pence per therm on Tuesday (7 September), compared to less than 30p per therm one year ago. Power prices are closely tied to the gas price, climbing to an unprecedented £240 per MwH in Britain on Friday. This is more than four times their normal level over the latest decade. The result is that Greta Thunberg-unfriendly coal-fired power stations have had to fire up again to help manage demand.

Ofgem have been particularly encouraging during this latest crisis, saying: “As in any competitive market, energy suppliers will from time to time fail ... where a supplier isn’t capable of managing supply, it may need to exit the market." Thank the Lord they are not in charge of the exam training market.