A Rap Across Banks' Knuckles 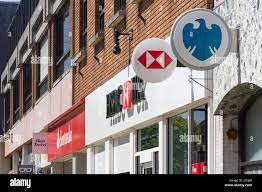 Billy came into the office whistling today, sporting a long t-shirt a modesty pouch and espadrilles. He announced that he has already spent his tax cut, promised by a majority of the Tory candidates for the big job, and is working up to cashing in his increased fuel allowance (as he taps into his neighbour's meter, incurring no energy costs). Such is the clamour around who is promising what that you could easily miss an article in today's Times, nudged down at the foot of page three which bore the headline, 'Johnson Does Not Rule Out Running Again'. Good lord! One of his potential successors, Priti Patel, for example, promised zero income tax and £25,000 per person in the UK, before realising that this was nothing like enough to persuade anyone to vote for her and ducking out of the race.

Everyone is talking about the febrile campaign to become the next Prime Minister of the UK, further stoked by what even the Maltese would call 'proper summer weather' and no-one is listening to small and medium businesses who are the subject of a report published by the Financial Conduct Authority today (Tuesday 12 July). The FCA has completed a review of 11 banks (all of whom you would have heard of and one of which you receive a regular e-statement from), discovering “repeated instances of poor customer outcomes and failures to treat customers fairly”.

In a nutshell they have found widespread mistreatment of companies across the banking industry. Including the whole nut within, they itemise this abuse as:

• Recordkeeping that was so poor that it was impossible to tell whether customers had been treated fairly.

• Indications that certain customers may be vulnerable were ignored, or not properly responded to.

• Lack of oversight of treatment of business customers from senior management.

This does not just refer to the lessons not learned since the world-changing-event-before-last-before-that-one (the 2008 financial crisis, which now seems like a weekend at Longleat Center Parc), but to the way loan applications were dealt with during the crisis-before-last, the pandemic (or 'the good old days', as we now know them).

The FCA states in their report that certain banks had no “means to test whether SME customers were receiving fair outcomes” while “third parties”, thought to include outsourced debt collectors, were not properly monitored.

The banks will, of course, instantly enter into a period of quiet reflection, consider their policies and completely change their behaviour. Apparently, they are gutted by the feedback and really, really sorry.