Really? We Thought They Died Years Ago 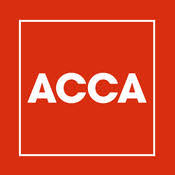 Have you ever received a notification on your phone, telling you that someone peripheral to your memory has died and you think; ‘oh, I thought they’d been dead for years’? We had that same take-and-a-half moment when the NTI newsroom spotted on the Gov.UK website that the ACCA are no longer a Recognised Professional Body.

We mean, they are a recognised professional body, but are no longer a ‘Recognised Professional Body’ (the caps are key), in that they are not a body ‘Recognised’ as such for the purposes of s391 of the Insolvency Act 1986.

It turns out it is quite the kefuffle to get yourself ‘unrecognised’ (which seems strange, as Les Dennis did it overnight, simply by not being very good). You have to go through a bunch of internal procedures, notify the Minister for Climate Change and Corporate Responsibility two years in advance (the ACCA started this particular cumbersome ball rolling in February 2019) and ultimately seek an order under the unwieldy Insolvency Practitioners (Recognised Professional Bodies) (Revocation of Recognition) Order 2021 - which, to be fair, does take about 18 months to type.

The upshot is that the ACCA is no longer ‘recognised’ and you may well have passed them in the street yesterday without even noticing.

Helpful Hint: if you are an Insolvency Practitioner previously licenced by the ACCA you now have to take the JIEB all over again ... and boy, do we at NTI have a course for you. Just kidding, you have to do your CPI first

Meanwhile, Debenhams. No; stop it. Despite being unrecognisable as anything worth recognising months ago, the law has finally caught up. Judge Daniel Schaffer made a winding-up order for the collapsed department store chain at an online hearing in the Insolvency and Companies Court on Thursday (28 January). In a particularly florid few moments he described Debenhams as a “rudderless ship” drifting in an “ocean of insolvency” which needed to be brought into port.

Actually, Debenhams is being towed out to sea and sunk. We all have to get on with our lives, focus on Arcadia, and even House of Fraser, now and wonder when Judge Schaffer will come for them with a few tug-boats and a black cap.