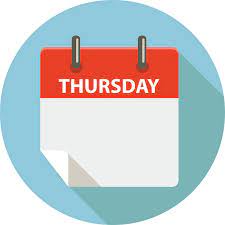 Most of us at the NTI newsroom are not accountants, although we generally stop short of boasting about it. It is rare that we have to defer to the accountants within the business to check the wording of an article, but it did happen this morning (Thursday 29 April) when penning this update on all things of interest to our sector.

We had to check the meaning of "inflection point", which we narrowly avoided using in our item about Lloyds bank and their return to profitability in one of Tuesday's items for the very screen you are reading. It appears it is an event that results in a significant change in the progress of a company, industry, sector, economy, or geopolitical situation and can be considered a turning point after which a dramatic change, with either positive or negative results, is expected to result. So, an 'event' or 'circumstance' then?

Lloyds bank had one, and NatWest bank are having one, whereas Boeing expect this year to be one, but the owners of Dixons Carphone Warehouse are blaming theirs and the Government for the one they have had at airports up and down the UK.

Starting with Boeing; spokespeople for the company were lining up in front of journalists to tell us that the horrid, omnishambles of 2020, when losses of $1.7 billion were announced, were well behind them, that loss having reduced to 'just' $353 million. That is an interesting use of the word 'just'. "You just have a crossbow bolt through your neck." Boeing have, since November of last year, delivered 85 of its 737 Max jets, which were grounded for more than 18 months due to killing people who flew on two of them and although they are still bumping through thick clouds there is speculation that blue sky may be above them.

Too few passengers are boarding 737s, or any other type of aircraft, according to Dixons Carphone, who are closing all of their airside tax-free shops, affecting 400 members of staff. They are cross about the Government's insistence on stopping tax-free shopping at airports and don't appear to share some of their fellow holiday and leisure industry experts who are predicting a strong recovery in the holiday market. The company have agreed to take staff off furlough, repaying the £73 million of furlough support paid over the last year and then offering relocation to Aberdeen or Plymouth for those about to lose their jobs at Gatwick.

Nestlé, the Swiss multinational food and drink conglomerate have announced the closure of its Fawdon factory near Newcastle at the end of 2023, with the loss of 600 jobs, four finger KitKats and a chunky. The company claims to have an ambitious business strategy in the UK, supporting the business in the long-term, which will be of huge comfort to Terry (51) who works at Fawdon on the controversially named Minge chocolate bar with novelty joke wrapper.

Terry could consider a job at NatWest, where first quarter profits have been driven up to £946 million. The bank also released £102 million that it claims it no longer needs to cover bad loans ... although the NTI newsroom think they should pay closer attention to this new bulletin, as they may be needing that cash back in six to nine months.