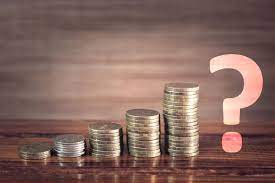 In every journey it is nice to take a break, get off the motorway and visit the darkest days of the 80s, in the guise of leaden-concrete mausoleums to all that is terrible about British leisure and catering. Such are motorway service stations that are to catering what the No 10 team is to truth.

As we are closing in on the end of January, with four million Brits still to send in their tax returns, we in the NTI newsroom thought we would walk you through a rain-check of 2022 so far. IHS Markit are fond of their purchasing managers' index and like to flaunt it to show how clever they are; the one for January reveals that Eurozone growth activity is at its lowest rate for 11 months. The biggest concern for us all is the Russians getting their todgers out for all satellites to see on the borders of Ukraine ... oh, no it isn't; it is the rise of inflation to rival some of the biggest numbers of the 80s ... oh, no it isn't; it is rocketing fuel prices which won't be improving any time soon, with the Russians pounding at the Ukrainians ...

On, no it isn't; it has to be fuel and energy prices, which have all of us in the newsroom huddling around one bar - that at the Queen's Thighs just down the road.

Looking at the 'PMI rating' where a good score is over 50 (in the same way as it is for CPI students), activity in the UK fell to an 11month low of 53.4 in January, from 53.6 the previous month (which we reckon was December). Inflationary concerns were again to the fore, with higher energy costs and wages driving input costs up at the second fastest rate since the survey began in 1998. However, there is always a reason to be cheerful, and today it is delivered from the United States, where they experienced the most dramatic fall in overall PMI, with the aggregate score falling from 57 to an 18-month low of 50.8.

Closer to home operations and managing directors are telling all who will listen that they are having to put factory-gate prices up by between six and nine per cent on average, and the squeeze is getting almost as tight as the one they experience every day when they leave the factory and decant themselves into the back of their Mercedes S-Classes.

Tony Danker is the director general of the CBI business lobby, and cruel victim of many a saucy Limerick. He says that inflation, predicted to rise by as much as 7.2 per cent in the UK over the spring, is a key risk to the economic recovery. “Input costs have been followed by higher wage expectations and taken together with energy prices, something has to give,” said Danker. And he's not wrong.

At least Emma Raducanu is still in the Australian Open. What's that you say? ...