'Solvency Reforms'? Is This Anything To Do With Our Profession? 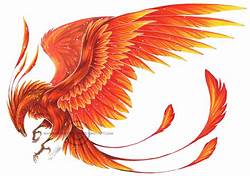 We read this morning that 30,000 homes are still without power after Storm Arwen, but they should not despair, as Bojo has just announced that energy companies should speed up their response. If you are included in the number of the lightless you may need to shine a torch on the screen to read this bulletin, or you can call Neil and he will read it to you.

The NTI newsroom have plenty of power and one of our sniffer-dog newshounds used theirs today to spot this headline in the Financial Times; 'Phoenix urges solvency reforms to unleash £50bn for UK economy'. We then did a little research on your behalf. There is a Directive in European Union law that codifies and harmonises EU insurance regulation. 'Solvency II' concerns the amount of capital EU insurance companies must hold to reduce the risk of insolvency. What is troubling the Phoenix Group, Britain's largest 'long-term savings provider', is that we are no longer in the EU (which should be news to no-one; but if you have missed it M Macron will be happy to update and insult you about it in equal measure) and have no further need for this regulation.

Phoenix has £300 billion worth of assets under management and 13 million customers, which makes them heavy hitters in the industry and they want Boris and his team to distract themselves from speculating about Omicron for a moment and focus on making regulatory and policy changes which could enable it to invest £40 billion-£50 billion in illiquid and sustainable assets to accelerate the Government’s “levelling-up” plans for revitalising poorer regions and its moves to decarbonise the economy.

Phoenix has already pledged to invest £20 billion of its annuity-backing funds into illiquid and sustainable investments over five years, but with a little bit of reform it says there is another £26 billion where that came from. For a blue Government committed to cutting red tape and running amok through bureaucracy this should just be a decent day in the office.

Look away now if you don't want to read the technical bit. Life insurers use something called 'liability matching' to make sure they do not run out of money to pay pensioners. But under the EU’s Solvency II rules, they are penalised against using certain illiquid assets in so-called matching adjustment portfolios because they are considered too risky. Billy caught one Whitehall official on his way to take his third PCR test prior to attending a socially-distanced outdoor festive lunch who said the Government was "sympathetic" to insurers’ Solvency II requests, having already carried out one consultation, with the next on proposed changes to come in early 2022.

Have they never heard of getting a wiggle on? Isn't this the perfect opportunity to stick one to a revitalised Sir Kier who was spotted negotiating over a second blue suit in Sara on Oxford Street last week?