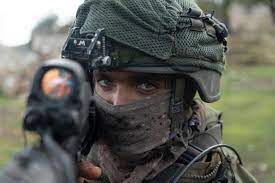 It was a cold, overcast night, with no moon to make shadows. The swooped wing of a barn owl caught the pale reflection of a single streetlight in a puddle as it searched low for prey. Very little else moved as, in the distance, a church clock sounded twice to welcome the dead of night. Just west of the building three black-clad figures melted into a wall, their leader motioning silently to two others on the opposite side of a deserted road, one of them returning a raised arm in response.

"Target acquired. Do you have a visual?"

A faint static crackle and a one word reply. "Affirmative." The side door of 40 Grosvenor Street in London stood closed against a pincer-movement as the crepuscular forms found shape in the faint glow of an intruder alarm which slept unaware.

The special unit of the SFO made their way into the building. Surely this would be their day? Their French counterparts had searched properties over the Channel, including metalworks and an aluminium smelter in Dunkirk and a large property in Paris, just a few days ago. The leader of the British special unit again felt in his pocket for the section 2 notice; the Criminal Justice Act giving over to 'the Director' the powers to take any documents related to any matter relevant to the investigation, or any documents of a specified description which appear to 'the Director' so to relate. Special Mission 'Come-Uppance' had begun.

This special operation, hardly a war, covered properties in England, Scotland and Wales, marking an escalation of the Serious Fraud Office's probe into suspected fraud, fraudulent trading and money laundering at Sanjeev Gupta’s metals empire. Jeff Kabel, called the chief transformation officer for Liberty Steel, part of GFG, but known by some as 'The Glove', said that the company would “comply with the information request orders". Was that the slightest touch of a finger to the side of his nose as he said it?

In February of this year those other 'special operators', HMRC, filed winding up petitions against four of GFG’s Liberty Steel UK companies which employ just over 2,000 workers over unpaid tax, but withdrew the petitions last month after negotiations with the company.

For some this is the beginning of the end for some of Gupta's operations. For others the darkness is always most black before dawn.