Still Furloughed? That Will be Just You, Then 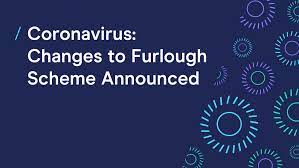 If you are reading this in your 'jamas because you are furloughed avoiding the call back to work, there is a very good chance that you are in a minority of one. Furlough is a word Britons learnt in April 2020, deriving from the traditional 'leave of absence from the military' which will soon be consigned to vocabulary history alongside 'fax' and 'Rooney'. It was something 8.6 million people were doing on 8 May 2020 (when it peaked and you could spy an ashen Rishi Sunak silently weeping in the bar of the House of Commons), but almost all have now stopped doing as the slink back to full-time work has become the dance of the autumn.

There is some more news about this, which is topical and COP26-friendly. Those who now choose to work from home and are concerned about bovine belching and nasty, sooty coal may need to take a look at their own clown-sized carbon footprints. Speaking at the science pavillion in Glasgow Corinne Le Quéré (who is professor of climate change at the University of East Anglia, but whose name suggests she may not come from Norwich) said that on a day working from home there might be no emissions from commuting, however, citing research done before the pandemic, she added: “People who work from home typically moved away further from their work so that when they did commute, they actually made up for all the gains [in reduced carbon footprint].”

There is also the possibility that working from home will have a positive impact in summer, but a negative effect in winter when workers heated their homes. Have they taken into account the fact that home workers don't buy sandwiches at lunchtime (saving on cardboard and plastic), don't buy endless cups of coffee and fart inside?