From the Sublime to Morrisons: Food, Drink and Supermarkets are on the Move 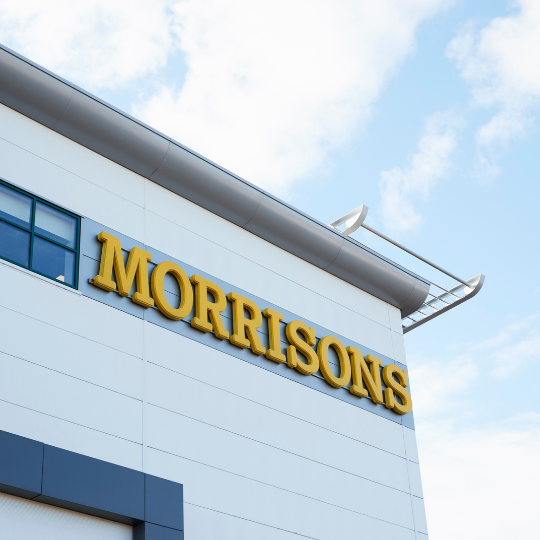 Something is happening at Morrisons that we don't understand. It appears that oil prospectors have found something momentous under their supermarket in Leeds, whereas 23 more of the 497 stores are sitting on a band of Jadeite, the world's most glittering mineral at $3 million per carat, because something persuaded the US private equity fund Clayton, Dubilier & Rice (CDR) to put up a bid of £5.25 billion for Britain's fourth largest supermarket chain.

Morrisons share price has been hanging around at the sluggish end of the table with the small fry for quite some time now and they and their advisers at Rothschild have been chatting about potential defensive manoeuvres should someone sniff them out. CDR thought they had made the offer sweet enough, as they placed it at 230p a share, a 29 per cent premium to Morrisons’ closing price on Friday. The result is that you will wish you had that magical combination of a crystal ball, a stockbroker and £250,000 as shares in Morrisons rose 31 per cent, or 56p, to 234½p this morning (Monday 21 June) in expectation that another bidder will emerge.

And all of this because the stock of supermarkets is quite literally on the rise at the moment. Our old friends the Issa brothers started it all with their £6.8 billion purchase of Asda and suddenly everyone wants a piece of this robust market, where people are prepared to queue around the block and wait patiently in line for 45 minutes to buy toilet rolls and plain flour in the midst of a pandemic.

Another place where the arches are almost always golden is McDonald's. The evergreen US fast food chain, home to the Big Mac and the small eating out budget, announced at the weekend that it is hiring 20,000 more workers as it opens 50 new restaurants in the UK and Ireland this year, with a further 100 being added over the next two years. We use the word 'restaurant' in its most exhausted sense, as Michelle cannot expect a napkin to be laid in her lap and an amuse bouche to be placed delicately on the charger in front of her.

The home of the bananaless banana milk shake may find it hard to recruit those cheery souls, as trade industry body UK Hospitality has recently described a staffing crisis across the industry with a vacancy rate of 9 per cent or 188,000 workers, following more than a year of closures and restrictions. It seems that the word 'opportunity' does not extend to someone from Nottingham who hasn't worked for a while and will not countenance a ten hour shift scraping what they hope is hardened American cheese off the walls.

Meanwhile (hoorah!), forty three rings up the fast food ladder fabulous news for Neil and all the other 'Eat Beautiful' aficiandos. Private equity firm Bridgepoint has confirmed a deal to take a stake in fast-food chain Itsu which it says will help create 2,000 UK jobs within the next five years. The peerless Asian-inspired chain is planning to add 100 new outlets over that time period and if one of those is not down the bottom of our glorious leader's road we will never hear the end of it.