The Sun is Out on All Economic Forecasts 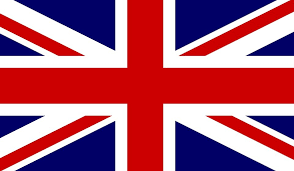 The good news ticker tape was streaming into the NTI newsroom's offices in Tower Hamlets this morning, trying its best to outdo sunbeams and the chorus of children's voices as they made their way to school in perfect crocodiles, skipping alongside babbling brooks, and smiling at a scurry of puppies and a smiling Boris Johnson, glowing from his honeymoon.

Last year we were in lockdown, meltdown and down-and-out. 12 months later and you can't move for a positive headline. The Times shouts "Ease of lockdown releases surge in manufacturing demand", whilst City am says, "Is that the best you can do?" Before taking another angle with, "UK could rake in £14.7 billion annually from Biden's tax plan." This is whilst the Financial Times takes a more measured approach with, "Pandemic provides unexpected boost to UK's productivity bonus." Even the Guardian, with their usual mantras of misery, cheers us up with, "France in double-dip recession" and "Inflation in Germany gathers pace".

Lordy, it's good to be British today (Tuesday 1 June).

Remember how we constantly berate ourselves for no longer being a 'manufacturing nation'? Well, somehow, despite it all, that sector expanded at its fastest pace in at least 29 years in May as customers trampled over each other to put in new orders. The easing of lockdown measures in May was almost as satisfying as those You Tube videos by 'Dr Pimple Popper' (not to be watched when you're having your dinner). There has been an explosion in the form of a surge in pent-up demand, which lifted the IHS Markit/CIPS UK manufacturing purchasing managers’ index (PMI) rose to its highest level since the survey began in 1992.

The index jumped from 60.9 to 65.6 in April (a reading above 50 indicates growth). The report noted rapid rebounds in new orders, employment and business confidence. Export orders rose at a survey-record pace in May as demand recovered in the EU, US and China. Business confidence. More than 70 per cent of companies said that production would be higher in one year’s time, compared with only 3 per cent expecting a decline.

The Bank of England expects the headline inflation rate to climb as high as 2.5 per cent this year, but even they couldn't be completely gloomy, as they also predicted a fall back to its target of 2 per cent. It insists that the surge in inflation will be temporary and that it will not raise rates on the back of a temporary rise in inflation.

House prices rose at their fastest rate in seven years in May; the annual rate of growth was 10.9 per cent and took the average price of a home to a record £242,832.

The FTSE made a bright start this morning, perked up by increasing commodity prices and even the price of a barrel of Brent crude joined in, rising by 2 per cent as it closed in on $71, which would be its highest closing price in just over two years if it can hold on to the early gains.

Last week the NTI newsroom reported that the UK's GDP was heading for a massive boost in 2021 and now the press have caught up, reporting the Organisation for Economic Cooperation and Development (a 37-nation think tank) which has upgraded its GDP forecasts for our fine economy on the back of the rapid vaccination rollout, with “a solid rebound” in the services sector as restrictions are lifted over the summer. The UK growth forecast for this year was lifted to 7.2 per cent, up from previous forecasts of 5.1 per cent in March and 4.2 per cent in December.

The UK growth forecast for this year was lifted to 7.2 per cent, up from previous forecasts of 5.1 per cent in March and 4.2 per cent in December.

We would like to report more, but a swirl of yellow-winged butterflies have just flown into the office carrying winning Lotto tickets and we have to pop out for calorie-free fresh food for lunch. Enjoy.