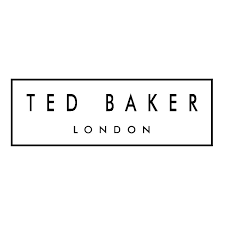 We are rubbing our eyes at some reports in the news media today as a couple of pieces describe Ted Baker as an 'upmarket English fashion brand'. This is in the same way, we suppose, as Terry & June could be labelled a 'stylish British comedy'. Ted Baker provides clothing as worn by characters behind the bar at the Rovers Return on Coronation Street and John Terry's amoebic minder, and have reported sticky financial problems, including pre-tax losses almost quadrupling to £86 million in the six months ending August. Sales over the period dropped 46 per cent year on year to £170 million.

This could be because us Brits have not been permitted to shop at 'top UK brands', such as Poundstretcher and the cobblers next door to the estate agents in Bradford, but whatever the cause the retail fashion brand (let's just call it that, as we are aware that some of our regular readers may be sporting Ted Baker this morning and we don't want them to be hurt by the realisation that what they are wearing is actually 'a mistake') has had to engage in heavy discounting. This is despite "pleasing online growth" (because people are not able to see and feel what they are buying and cannot be arsed to go down to the Post Office to return the item later).

One of our favourite stories of the year here at the NTI newsroom is the one describing the rapid exit of the former chief executive of Ted Baker, Ray Kelvin, after allegations of “forced hugging” at Head Office. In has stepped Rachel Osborne who describes herself as 'more of a sacking kind of girl than a hugger'. Rachel knows all about falling sales, as she is the Debenhams former financial chief. We feel a bit sorry for her, but don't want to move closer to console her for fear of reprisals.

Meanwhile next door at Nandos a spokeswoman found the need to deny gathering financial gloom when interviewed by the BBC and pointed out that the chicken chain had raised £100 million from shareholders in September. Other news operators have been pushing the agenda, reporting a 'cash crisis', but the spokesperson came back strongly, saying the next covenant test on the business' loans was six months away.

"Given the rapidly changing situation, there are no detailed talks with banks on this yet," she added. Oh dear, you were doing so well, right up until the word 'yet'. Neil suffered a single crisis in his relationship when strongly denying an affair, saying:

"I have never cheated on you. However ..." Oh, Neil, always stop before the 'however'.

To summarise that situation for those of you for whom it is still early; there is a cash crisis at Nandos and there will be announcements soon about just how bad it is. They are almost certainly on the phone to the bank as you read.