There is a Rumour that Employees are Being Paid Properly 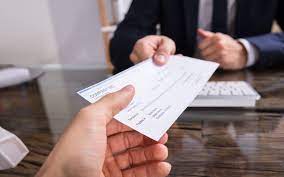 There are reports today from a combination of two organisations with very long names (and unexciting acronyms) that small and mid-sized manufacturers are struggling to replace skilled staff. It is said that more than 60 per cent of 400 firms from across the UK report they had lost skilled staff in the past 18 months, three quarters of those being unable to replace them. Where are they all going to? Uber and Amazon delivery jobs, we reckon.

When you flip that coin over it is also reported that two thirds of small and medium-sized businesses still expect to grow their revenues, with 52 per cent planning investment in new capital equipment. However, we return to the issue about growing concerns regarding finding staff to service orders and manage disruption to supply chains could slow that growth. That is a conundrum; as is this - how could a boy be born in May, although his birthday was in June, and then grow up and marry his mother?

The joint report went on to say that directors leading the companies in the latest survey said that they were responding to staffing problems by increasing wages, offering training and providing flexible working options. We in the NTI newsroom want to point out that this is also called, 'being good employers and doing what you are supposed to do'. Neil Clifton, who at one stage in his life thought it would be a fine idea to call his company 'Cube Precision Engineering' and locate it near Dudley, said: "Shortage of staff is also putting pressure on pay. We can see in our recruitment we are going to have to pay more than we are used to paying to entice people.” He added that this would feed through to existing salaries. “We are going through a process now of giving pay rises but it’s difficult as it’s on the back of rising energy prices and national insurance going up.”

Can you imagine a world post-Covid where people are paid properly and have a high degree of job security? Might it all have been worth it?

The Organisation of Economic Cooperation and Development (OECD) has said that advanced economies around the world have recovered much better than anticipated from the global pandemic. However, although the headline figures suggested labour markets were coping well, the OECD pointed out that the number of people not working was far greater than the unemployment figures implied, because many who lost their jobs during the pandemic had simply not returned to the labour market. So maybe this is where the lost skilled staff have ended up. Home, in the warm with no stress (save the fact their groceries are 2.1 per cent higher this month than three months ago).

The answer to our conundrum? (It's a bit naff). The boy could be born in the month of June in a town called May. When he grows up, he could officiate at his mother's wedding and 'marry her' to someone else. Hmmm.