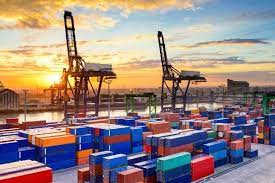 Tony Danker, director-general of the CBI, has had problems with lymerics made up about him since he was a kid. Those lazy rhymes and subsequent hoots of laughter have followed him all of his life. A slightly bigger problem for him this morning (Monday 25 July) is yet more sharp rises in costs as global supply chains are overhauled, and we wean ourselves off the markets we are addicted to - like those from China and Russia.

In 2021 the UK imported £63.6 billion of goods from China. This accounted for 13.3 per cent of all goods imports, making China our largest importing partner. For those of you who enjoy detail, £120 million of these imports were wadding, felt, nonwovens, yarns, twine and (our favourite) cordage. I mean, if we Brits can't be self-sufficient in cordage by now what possible use are we?

This is what is bothering the young man called Danker, this morning. Tony warns that the West’s shift away from countries including Russia and China risked becoming “incredibly expensive” for consumers as companies stopped sourcing goods from the “cheapest and most economically efficient” markets. The argument is that Whitehall should pursue free trade agreements not just to capitalise on Britain’s departure from the European Union, but to cushion the blow of deglobalisation, prioritising imports just as much as exports.

The challenging news for British companies is that they need to restructure supply chains in ways that will make imports even more costly. This is part of what Danker calls a "more muscular" approach by the EU and US to China, following the ravaging of Ukraine by Russia. What he wants are free trade agreements with countries that are becoming more important within British companies’ supply chains, exporting goods such as food, metals and minerals to the UK.

Thank heavens our politics is not at all distracted by name calling and point scoring by the two most senior politicians in the country at this vital time.