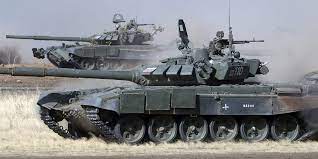 Roman Abramovich is unlikely to see the declaration of war by Russia on Ukraine from a Joint Board perspective, not least because he will be a little distracted by revenues at Evraz, his nice little steel group, rising by 45 per cent to $14.2 billion in 2021 (netting him a white hot cool $3.1 billion profit), but he might struggle to plant himself in the directors' box at Chelsea in the near future, despite his highly unconvincing Israeli and Portugese passports being placed on the counter at LHT terminal 4 immigration.

But if you are studying towards your JIEB this year what niche comments might seduce an holistic mark or two out of your marker? How does war in Europe change things? What about if you get this question? "You are appointed as Administrator at TechnoChip plc ("the Company"), a mass manufacturer and supplier of semiconductors ..." blah, blah, blah ..."what issues may arise as a result of trading the business and what action will you take to deal with them?"

Microchip producers seem much better prepared for war than they were for the Covid container crisis. It all comes down to palladium and neon, 35 per cent of the former being imported into the States from Russia, whilst the majority of neon consumed in the US came from Ukraine. Oh dear.

Apparently, microelectronic manufacturers have been both stockpiling and diversifying their suppliers. It seems you can also get the stuff from Zimbabwe, Australia, Canada and Finland and, oh, Montana in the States. This year's S Class may still become available after all.

On the other hand many of the west's largest energy groups have found themselves bound up in the latest crisis. The NTI newsroom reported BP's woes yesterday; it must be beginning to rue its 20 percent stake in Russian oil company, Rosneft, which last year generated profits for BP of $2.4 billion. Did you know that the UK's magic circle of law firms have about 150 lawyers scattered around Russia, whilst PwC advised its 750 staff in Ukraine to "work from home" yesterday? That is such a nice gesture.

The inward focus of investment funds and blockading of nasty rich Russians will undoubtedly cause a further supply-chain constriction and the markets don't know what to do or who to believe as they are wrong-footed by Joe Biden refusing to cut off Gazprombank, Russia's third largest lender, as it is the primary facilitator of foreign payments for oil and gas. We mean, war is one thing, but stopping Americans fuelling their BBQs. Too much. (Too soon?)