Universal Agreement on Numbers and that Savage, Susanna Reid 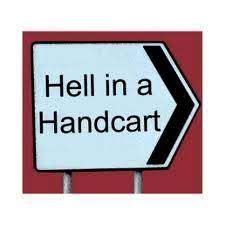 There is an amount of gloating that goes on around G7, G20 or UN Security Council countries, claiming to be the fastest, biggest, most successful, or have the best policies; but it seems that no-one in any of the far corners of our tiny little world is crowing today (Tuesday 3 May) as global numbers are just ... not good; anywhere.

The S&P Global eurozone manufacturing purchasing managers’ index, which lays claim to the least 'trip-off-your-tongue' name, but which doesn't care as it has the best numbers, says today that the most recent headline number was '55.5'. This was an announcement which caused universal shrugging, because no-one knew if they were supposed to be comparing apples, pears, goats, sheep or jam. More enlightening was the follow up explanation that said April was the third consecutive month that the figure in the survey had declined and was accompanied by a warning that the eurobloc had slowed to a “near standstill”. Similar figures emanating from the States and China simply said, "me too", in a rare statement of global union. It appears we are all knackered.

What is it this time?, we bleat. Rampant inflation? Disrupted supply chains? Russia’s invasion of Ukraine? Unprecedented component shortages? Lockdowns in China? Gas and fuel prices? Lack of availability of raw materials and component parts? A brief and unexplained “flash crash” in the Nordics caused by a "large, erroneous transaction"? Tariff shifting following Brexit, with the UK about to continue its policy of not applying tariffs to goods being imported from the EU zone, despite their applying them to our stuff arriving there? The supply crunch?

In April China’s manufacturing sector contracted for a second consecutive month. Data from the US yesterday showed that manufacturing activity there also had slowed for two months in a row. Some institute or other in America said that 15 per cent of respondents to its latest survey had “expressed concern about their Asian partners’ ability to deliver reliably in the summer months, up from 5 per cent in March”. Meanwhile in Europe, the index of manufacturing output also slumped, from 53.1 to 50.7, its worst reading in 22 months. Any reading below 50 indicates a contraction.

We care about this stuff in the UK, but are also a bit prepossessed about factory gate prices on our minute island, which rose at the highest rate on record last month, as manufacturers passed on to consumers surging costs for energy and raw materials. Those working in manufacturing, which accounts for 17 per cent of GDP each year, said that growth in new orders fell to its slowest pace since the start of 2020, as input costs rose to the second-greatest extent in the 30-year survey history.

And all of this whilst our statesmanesque prime minister was being savaged by the single-celled Sussana Reid on Good Morning Britain, and Boris Becker was spending his first weekend in prison. Thank heavens Novak Djokovic isn't being allowed to paly at Wimbledon this year.