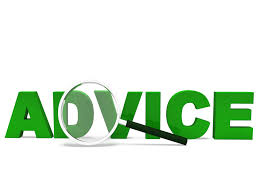 What must it be like to clamber out of a ten metre sink-hole, caked in mud for some well meaning observer to look you up-and-down and say:

"I wouldn't have worn those shoes."?

That must be how our own slightly tattered Chancellor must feel today (Wednesday 17 February), as he receives self-serving advice from all quarters whilst scribbling an outline of his March budget on the back of an envelope.

His own colleagues, remote and bored MPs on the Parliamentary Environmental Audit Committee have called for tax incentives to make electric vehicles more affordable as part of efforts to "grow back better" after the outbreak. Philip Dunne, a Conservative MP, said the UK needs a tax system that is fit to help deliver its goal of cutting greenhouse gases to net zero by 2050.

"Thanks, Phil," said Rishi, trying to work out which Phil it was, "anything else?"

"Yes. Covid-19 must be treated as a 'wake-up call' to the ecological damage humans are causing," despite the fact they are not causing anything like so much of it at the moment, as they can't leave their homes. The MPs behind their mate Phil increased in confidence as a pack behind their leader, and one of them added, over Mr Dunne's shoulder:

"The Government should frontload investment in energy efficiency, cleaner transport, helping nature recover and systems which reuse materials and products instead of wasting them, to provide green jobs."

"Noted," said Rishi, no doubt relieved to hear suggestions about what he should be doing with all that spare cash he has laying around. As the next James Bond hurriedly left the scene, checking back to ensure he had appeared to listen, he bumped into a couple of representatives from the Institute for Fiscal Studies (IFS) and Citi Research who looked pleased to see him, so burdened were they with advice they were just bursting to impart.

"You should ensure next month's budget secures the economic recovery from the Covid-19 crisis to date, rather than try to start fixing the public finances."

"Noted," said Rishi, trying to appear as if he had just been thinking about starting to fix the public finances and was relieved to hear another perspective; "anything else?"

"Well, now you come to mention it, a failure to maintain employment support would risk a spike in the jobless rate above its current five per cent as struggling companies collapse under the weight of additional wage pressure," said a man with a huge ginger beard whose unironed blue striped shirt made him look like someone quite high up at the Institute for Fiscal Studies. "You seem quite busy," he continued," have you just got time to hear our take on the position of those who are better off?"

"Go for it," replied Rishi, peering beyond the big ginger beard to a woman approaching the two of them, who looked as if she had advice to give on the pay of child-minders, school assistants and dental hygienists.

"We think the better off are well-placed to shoulder a greater tax burden ahead. Did you know they have collectively built up an extra £125 billion in savings over the past 11 months?"

"That's a lot," said Rishi and the hygienic, child-mining woman passed them, clearly ruing a missed opportunity. "I didn't know that. I'll look into it."

"Happy to help," said the big ginger beard, content that Rishi looked back at him having walked away, knowing he had been listened to.