Wagamamas and Frankie & Benny's Flourish, But PwC Staff Are Too Posh to Eat There 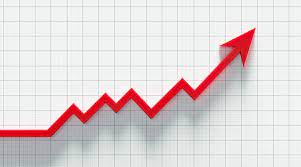 In one of the first real signs that the obituary for the high street was being written too soon, the imaginatively named 'Restaurant Group', owner of Wagamamas and Frankie & Benny's, have announced strong numbers today (Wednesday 15 September).

Like-for-like sales at the group were up 21 per cent on the same 15-week period in 2019 (when we all thought a pangolin was a musical instrument), while its leisure division was up 18 per cent and its gastro-pub business up 12 per cent. Because accountants are never more than a breath away from such annoucements we had to put up with a 'cautionary note', of course (in the same way that an actuary will warn you on a blissfully sunny day that temperatures will start to dip after 8.00pm). This time it was said that ... "the group’s strong performance in comparable sales had been driven by the temporary cut in VAT and strong growth in the delivery and takeaway market, while the number of dine-in covers remained behind 2019 volumes". So, business is good, right?

During the pand ... blah, blah, blah The Restaurant Group closed 250 of its 650 stores and made about 5,000 employees redundant, but with business now booming and more than a million vanacies unfilled on the UK employment market they may be regretting that impulsive move, which presumably temporarily shored up their balance sheet.

In a reversal of policy Andy Hornby, Group CEO, has outlined plans to grow Wagamama from 144 sites to “its natural limit” of 200 over the next five years, with five openings due in 2021, while the “hidden gem” of Brunning & Price (the gastro-pub business, because nowadays every loves a coulis with their scampi-in-a-basket) will grow from 78 sites to about 140 to 160 over five to ten years. If this all seems like a little knee-jerky to you, pop into a Wagamamas, order some bang-bang cauliflower and ask management about it.

But will PwC staff be seen dead in one of The Restaurant Group's restaurants? Fascinatingly, the Big Four operator said today that just 14 per cent of its staff come from a 'lower socio-economic group background'. These poor folk are also paid less than their colleagues, given a 12.1 per cent median gap. KPMG have set a target for the number of employees it wants to recruit from working-class backgrounds - a dizzy (and rather specific) 29 per cent of its partners and directors to emanate from such lowly origins by 2030.

But how do you know if you come from such a background and so should feel disadvantaged in this way? There is a simple test you can take (see below):

Do you call the final course of a meal 'dessert' or 'pudding'?

Do you relax in the evening in your 'lounge' or 'sitting room'?

Is the item placed on your lap during a meal out a 'serviette' or a 'napkin'?

If you answered any of the above questions with the first option, we are afraid you won't be on the recruitment list at PwC or KPMG (especially if you wear BROWN SHOES to the interview - tut tut).