What Is 'Tipping Point'? And How Close Are We To It? 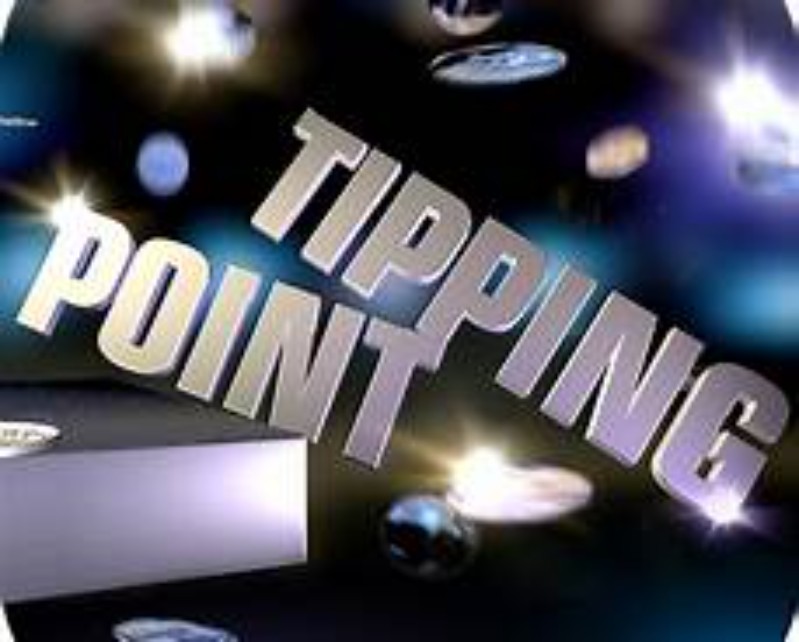 Make UK and RSM have been getting together and discussing the 'tipping point'. There is an actual definition for such a thing; apparently, a 'tipping point' is a rapid and unexpected shift that happens when an ecosystem fails to cope with increasing change. Not, then, a doughnut after six pints of lager and a curry, and definitely not a single sex deaf couple dancing on a tepid Saturday evening British light entertainment programme.

The shift that Make UK and RSM are discussing emanates from staff shortages and supply chain issues in manufacturing businesses across this fine but chilly land of ours (with just a dash of interest rate pressure and the seasoning of Omicron, that the President of the United States of America cannot pronounce despite being worked from behind by a ventriloquist). A selection of managers from the manufacturing industry were interviewed by those two venerable companies and 40 per cent of them said they had engaged restructuring and insolvency professionals, or intended to do so, within the next 12 months, either out of necessity or as a precautionary measure. So, if you haven't yet received the call from one of 40 per cent of manufacturing managers don't go out, as you can expect to hear from them any time now.

This is because, you understand, their businesses are at 'the tipping point'. If 'pressing corporate issues' was asked as a multiple choice question it might be phrased ... 'What key challenges for your business are keeping you awake at night?', and the options were:

(d) A potential increase in the cost of borrowing

The answer would be (f) All of the above.Help!

The latest producer prices index showed input costs up 13 per cent for manufacturers in October, against 11.9 per cent in September. Some of those manufacturers surveyed said that if that number goes up to 20 per cent anytime soon they will be sacrificing emloyees at the factory gates, just before they shut up shop and go home. The fact is, that level of future increase is very possible, particularly with rising energy costs and increase in taxes that the Tories still don't want us to think about.

Make UK say that companies’ debt levels are increasing, with almost half of businesses reporting greater debt levels than at the start of last year. Storm Arwen may not have been perfect' for many last weekend, but there is another one brewing for the manufacturing and other businesses of the UK and we need to brace ourselves for it.