Who Would You Rather Be This Evening? American or British? Publican or Retailer? 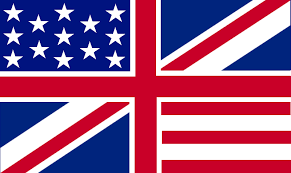 Which would you rather be this evening (Friday 4 February)? American or British? Super-positive, anguished and hyper-self-aware, or a bit gloomy and very attached to your pint on a Friday evening?

If you are from the UK you have to recognise that your central bank is now expecting price growth to peak at a rate of 7.25 per cent in April, up from 5 per cent in its last quarterly projection made in November (so you need to be aware that the Bank of England isn't that good at predicting stuff; at least not accurately).

If you are American you will be eating your pizza this evening hearing news that the US economy added 467,000 jobs to its current total last month, triple the average forecast of economists; this is as employers ramped up recruitment despite disruption from the Omicron variant. Restaurants and bars continued to fill vacancies last month, adding 108,000 jobs, while retailers also brought more staff on their books. And yes, we would just love to go large on that.

If you are British you will get all Eeyore-ish about the prospects of less vibrant economic growth in the year to come, as GDP growth predictions have been downgraded for it to reach 3.75 per cent this year, down from the 5 per cent forecast the Bank of England wrote in its quarterly report in November. Again; not very good at its job.

Over the Atlantic, the Bureau of Labor Statistics ("Can I buy a 'U', please?") now estimates that about 709,000 more jobs than previously thought were added during November and December, capping a record year for employment growth. This is as Omicron and Delta Covid infections drop through the floor. Andrew Hunter, senior US economist at Capital Economics, said: “The 467,000 gain in non-farm payrolls in January is even stronger than it looks, as it came despite the spike in absenteeism driven by the Omicron virus wave." Andrew has a chin the shape of an ironing board and piercing blue eyes. He was captain of the football team at High School and now has two kids; Brady and Crystal.

Now for another choice. Hospitality or retail? Britain's services sector’s recovery from the Omicron wave of Covid-19 has been faster than expected, but companies are increasing their prices at a record rate, a closely watched survey has revealed.

The IHS Markit/CIPS purchasing manager’s index rose to 54.1 in January from December’s ten-month low of 53.6. This was higher than an earlier preliminary reading of 53.3 and suggests that the mainstay services sector is shrugging off the effects of the more transmissible coronavirus variant.

However, across the road in retail, high street footfall was 24.2 per cent lower in January compared with the same month in 2020, according to the BRC-Sensormatic IQ report. The monitor also recorded a 37.5 per cent decline in shopping centre customer numbers, while retail parks experienced a 13 per cent slump.

One more. Stay home and watch Coda on Apple TV, or go out and see Belfast at the movies?

Belfast; but it's a close call.