Who's Growing and Who's Recruiting? Your Who's Who 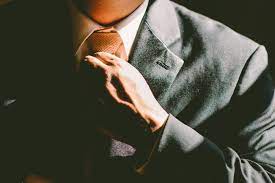 It appears that with Next the 'Next' stands for, 'next quarter we will raise our profit outlook yet again'. This follows news that the fashion retailer (well, you know ...) has raised its full year profit outlook for the fourth time in six months. Sales are up 8.8 per cent versus 2019, which is becoming known as 'the year we thought a pandemic was a specially coated saucepan'. In the last eight weeks alone 'full-price sales' (a term we need carefully to explain to every sofa and domestic furniture sales company) were up 20 per cent againt pre-pandemic year. All in all Next are forecasting their highest annual profit since 2016.

Meanwhile just up the road the outcome of the battle between the Fortress Investment consortium and Clayton, Dubilier and Rice about who is to buy Morrisons for a cool £10 billion or so is to be decided by auction on Saturday. Aarati from the NTI newsroom has expressed an interest in going, as her Nana bought a nice side table at auction in the late 70s and she hears you can pick up a bargain at such events. In the meantime, Billy has pointed out that the eventual winner of that battle will not be able to use their debit card on a contactless machine to pay the purchase price, as the limit remains stubbornly at £45 per transaction until Monday 4 October.

Do you remember in the distant past of May when an offer of £6.7 billion was made for Britain's fourth biggest supermaket chain and there was a chorus of, "For Morrisons? Are you having a laugh?" Well, as Bob Monkhouse said now of those who scoffed when he said, in the earliest part of his career, that he planned to become a comedian, "They are not laughing now." It seems that Morrisons is more valuable than Namibia (and easier to park).

SSP, the owner of the Caffè Ritazza and Upper Crust chains have said that their sales have edged up to half of pre-pandemic year levels. This is the strongest sign yet of recovery for the group who suffer most because they are not Starbucks, not Costa Coffee, not Pret and not (even) Greggs. But if you are stuck at a station for 40 minutes and there is a choice between an Upper Crust baguette and a tube of Pastilles, and you haven't got a coin to flip, you may as well try your hand at their brie and ham, even though the crusts do tend to make your gums bleed.

In a similar market, Steve Holmes, the CEO of Azzuri, which owns Zizzi and Ask Italian, has said the group are looking for airport sites for their Coco di Mama brand, as he figures airports are a place Insulate Britain and Extinction Rebellion people cannot sit to stop the traffic. Sure Steve, but Coco di Mama isn't even Caffè Nero.

Revenues at Cazoo (where you can buy a car as easily as you can buy some hair straightners) have reached skywards, increasing 521 per cent in the six months to the end of June (compared with last year). The big question is: how much more do they need to grow before the company starts to make a profit? Pre-tax losses widened to £109 million, up from £31 million. How expensive can it be to reverse a Ford Focus out of a truck in the driveway of a semi-detached in Northampton?

All of this good news means that companies are hiring. The Recruitment and Employment Confederation's 'JobsOutlook' report states that employers' hiring intentions over the next three months have risen to a positive balance of 25 per cent of respondents, whilst demand for the next four to 12 months has increased to a net 30 per cent. Employers' confidence is strong and the market is said to be 'upbeat and positive', almost certainly because employers are wearing new Next suits, necking their coffee from Caffè Ritazza, chomping on a tomato and mozarella demi-baguette from Upper Crust, checking out their Morrisons' shares and watching a 2016 Seat Cordoba being reversed out of a truck outside their house. Happy days.