Ye Olde HMV Wants to 'Do a Next' 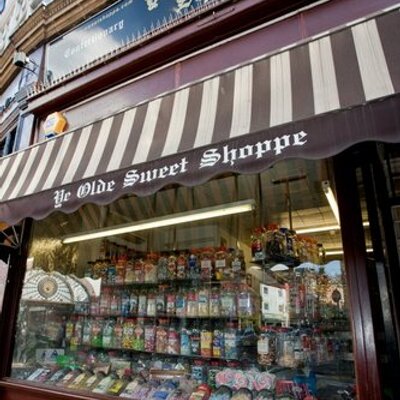 If you're ever playing the game 'Who on Earth Would Shop There?' when looking across the road at 'The Olde English Sweete Shoppe' or 'The Sewing Bee - From Thimbles to Thermals' spare a thought for HMV. If ever a store was built for the 20th century it is the purveyor of CDs and DVDs. But, lo, what nonsense is this? As the chain celebrated its 100th anniversary this week it announced plans to open ten new stores, including a London flagship. Just how cheap are commercial rents these days?

You will remember that HMV went into Administration in 2019, closing 27 shops, including its former London landmark store on Oxford Street. We were as surprised as you that someone called Putnam, the owner of Canadian chain Sunrise, bought the remaining 107 stores and just assumed he had never heard of the Internet.

Speaking from his ward, after his daily dose of 'just swallow this and you'll feel fine', Mr Putnam said today (Wednesday 21 July):

"How about those pixies at the foot of your bed, Mr Putnam? Do you think they are special, too?"

Apparently, sales of CDs were worth £115 million in 2020, the exact cost of a coffee and a slice of banana cake on Oxford Street, but for Mr Putnam the numbers work well.

For Next the high street and its parallel road, Internet Heaven, works very well. The chain saw second quarter sales jump 18.6 per cent compared to the same period two years ago, well ahead of the retailer’s expectations and looked at jealously by former directors of Debenhams who read the numbers during a coffee break in their new jobs at HMV Solihull, which opened its doors this week.

Next had anticipated a full price sales increase of just 3 per cent in the 11 weeks to 17 July. With sales therefore “materially ahead of expectations”, the business has increased its sales guidance for the rest of the year from 3 per cent to six, and raised its full year pre-tax profit guidance by £30 million to £750 million.

Mind you, whilst online sales grew by 56 per cent in the first two quarters, in-store retail sales were down by 43%, although the reopening of non-essential retail in April saw sales bounce back. Sales were down just 6 per cent in Q2 compared to a drop of 76 cent during the first quarter.

You see Messrs Green and Day, that's the way to run a retail business.

Andrew Bailey, Governor of the Bank of England was spotted outside Next in Croydon and stopped to tell reporters that the debt levels of small businesses grew by about 25 per cent last year, compared to just two per cent for larger companies. Mr Bailey knows, as do we, that banks have already made provisions of £20 billion for losses and it might not be enough. Those sectors most exposed are small and medium businesses operating in hospitality and food, as well as transport companies.

It is worth noting, though, that those selling CDs and DVDs are experiencing a growth spurt, according to 100 per cent of Canadians called Putnam.