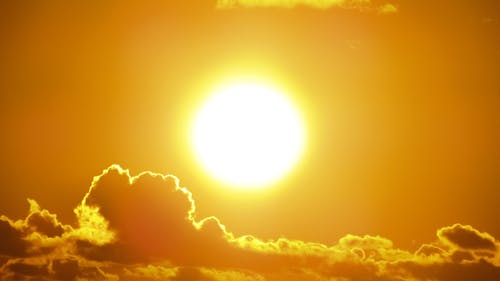 There is a load of rubbish on both Instagram and FaceBook, but one GIF that always raises a smile is the one of the blonde Labrador pup who is unleashed on a kitchen floor, scrabbles to gain traction and launches himself at two bowls full of kibble, sending brown pellets flying in all directions as he lands in first one and then the other. That's the thing with GIFs; they say more than words. It is exactly that image we need to describe the pent up frustration exploding all over England and Wales this morning (Monday 12 April) as millions of people seek purchase on pavements and roads, making a dash towards their own personal bowls of kibble.

We had builders arrive at 7.30am at the Tower Hamlets home of the NTI newsroom to extend the executive showers, one of them explaining that when he drove past a barbers in Smithfields at 5.00am he saw a queue of more than ten people snaking out of the door. This is a little odd, as most men's hairstyles look like they could be achieved by laying strategically close to a combine harvester and letting the machinery take the strain; maybe it's the beard oil they go for.

Three or four surveys published this morning all point south towards sunshine and surprising recovery from the cloudy gloom we have been laying under for more than a financial year. YouGov, the pollster, and the Centre for Economics and Business Research both tell us that consumer confidence has risen to its highest point since August 2018. People are staring wide-eyed at gleaming bowls of kibble in non-essential retail and outdoor hospitality. BDO report findings from their own survey that put job market optimism at a three-month high and Deloitte’s poll of 100 finance directors included 63 from FTSE 350 companies with a combined market value of about £550 billion have optimism at its highest level for 14 years.

A separate survey by the Federation of Small Businesses found that confidence was at its highest since 2014. The poll of 1,648 small businesses in March found that 51 per cent expected their revenues to grow over the next three months, the highest proportion since the summer of 2015. Only 24 per cent expected sales to fall and there will always be folk who stare at brown liquid in the bottom half of a glass and bemoan the absence of the top half.

In the first quarter, Britain enjoyed its strongest quarter for stock market floats in 14 years. Twenty initial public offerings took place on London’s main and junior markets, raising £5.6 billion, more than in any opening quarter since 2007. In short, you can remove your rosy glasses and still enjoy a patina of red throughout our fine land. Yo! Sushi are taking the lead, as it finds a way to escape its CVA of 2020. Its products will be rolled out in the summer to as many as 150 airports, 140 hospitals and 290 railway and other travel locations. The move is part of a wider expansion by Yo! Sushi into the retail sector. It already sells its pre-packaged sushi in 600 Sainsbury’s stores, 160 Co-ops and 100 David Lloyd health clubs.

There are deals to be made and actions to be taken, but as those in their forties are offered the jab for the first time it seems that Laura Kuenssberg's glum face can finally be taken to the shop to be refurbished (it could be in there for a while).