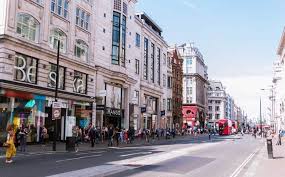 Neil and his malfunctioning electric car have returned from the Orkneys. It turns out the extension lead wasn't long enough and became detached around Scots Corner on the upward journey. He hasn't turned up at the NTI newsrooms offices in Tower Hamlets this morning, claiming he is jet-lagged and unable to cope with incoming calls from NTI's landlord who has read reports today that a greater number of commercial rents are being paid by tenants ... and he wants his piece of that action.

The place to go to for such numbers is Remit Consulting’s REMark Report, who jot down a note every time a commercial tenant pays a landlord, and it tells us that 63.3 per cent of commercial tenants paid within 35 days in August 2020, that number rising to 71.8 per cent at the end of the quarter in March of this year and has now reached 78.6 per cent for the end of the June 2021 quarter.

It is noteworthy that when days were at their darkest landlords bleated all over the front pages, screaming words such as 'Armageddon' and 'the apocalypse', but when the picture gets brighter you have to search high and low for the good news. We found it under an advert for fruit salads in the Confectionary Gazette this morning (Friday 13 August).

Our friends at Remit Consulting report that investors and property owners, including many pension funds and other institutions, have experienced a shortfall in the rent they have received from commercial occupiers of £6.4 billion, equating to approximately £1 in every £6 of rent due going unpaid. That is the equivalent to every person who is now out and about spending the alleged savings accumulated since the start of the pand .. blah, blah, blah going for a pudding at their local hostelry; which goes some way towards proving the landlords want their cake and eat it.

Apparently, the rent collection numbers are particularly strong from the retail sector which bodes well for the future of that part of our economy and Billy is now forming an orderly queue at the Gaming Store in Hackney where he buys specialist gloves which he says are essential after 16 consecutive hours 'on the rod'. The store has been closed since it was raided by paramilitary forces in April of last year.