IWG: How Deep is Your Trough? 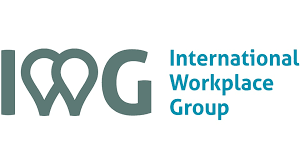 When a business says that it has 'reached the bottom of the trough' it sounds good from a financial point of view, but then much depends on how steep and slippery the sides of the trough are. Its upwards trajectory could take a while and there is always the possibility of careering back to the bottom.

This is the position with IWG, the world's largest serviced office company. If you have a coin and want to play 'best of three' you can flip it to determine whether or not this is a good time to be in the office rental business. Heads, it's good, as your potential clients no longer want expensive full-time office space and the option of renting rooms and meeting space is attractive. Tails, it's bad, as the balance of working in city centres and working from home has shifted forever.

In the last quarter revenues at IWG slumped 21 per cent from last year’s record high to £528 million and occupancy levels were at 66 per cent, down from 75 per cent a year earlier. Occupancy picked up a little in March and April, but visitors to some offices still had to avoid tumbling brushwood as it made its way across the reception areas. Mark Dixon is the group's chief executive officer and he said that "the worst appears to be over", referring to the pandemic and the bottom falling out of his company's business. However, we have watched far too many formulaic horror movies, when the family returns to the haunted house after 90 minutes of sheer terror, hugging the pet dog and embracing the future, only for the music to change and one of the kids to be dragged down the cellar steps into the very pit of hell. Maybe the worst is not over for IWG ...

This is at a time when JP Morgan Chase told all of its US bankers yesterday (27 April)  that they should start to make arrangements to be back in the office on a rotational basis by early July. Some will, some won't (for now), but the world has repaired itself after devastating wars and military coups and human behaviour will not, ultimately, let a thing like a virus get in the way of capitalism. There was also a report in The Times this morning that the City of London Corporation is planning to convert empty offices to 1,500 residential flats and earmark some of them for artists and musicians in a plan to boost the attractiveness of the Square Mile. The Corporation has given itself a deadline of 2030 to change some of its unused offices for residential homes, joining the private sector in thinking about how new ways of working will change demand for office space.

Imagine, doing a day's work at Regus in Liverpool in the morning and nipping into the next door office for your sculpting class after lunch. Life post-pandemic sounds great, doesn't it?IWG