Ryanair Are In It, As The Centrica CEO Gets Sent It 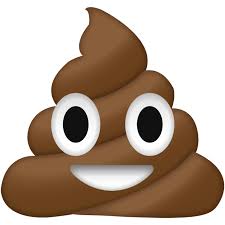 When the Centrica CEO, Chris O’Shea, received a package in the post from one or more of his colleagues recently, a member of his family rushed to open it and found something a little browner and smellier than had been expected.

“Has it arrived?” he shouted downstairs, whilst shaving in front of the bathroom mirror.

”Is there a note? Leave it on the kitchen table, will you?”

It turns out there was a note with the parcel, saying simply "Fire and rehire". When Chris later went downstairs to examine the contents of the parcel he found his poop (well, not his poop, you understand, but definitely poop) and we wonder if he was left scratching his head (and then hurriedly washing his hands) over the gift.

The clue was almost certainly in the message, as the board of Centrica had previously come up with what they thought was a winning idea to make more of their human resources, threatening to “fire and hire” workers unless they accepted new contracts with longer working hours. We in the NTI newsroom are not sure whether it was before or after closely examining his breakfast parcel, but Mr O’Shea did admit that what he was asking his staff to do was “difficult” and “placed pressure on them”.

It’s this level of unenviable empathy from a business leader that will earn gifts from your colleagues, and it has given Neil any number of ideas.

The fire-and-hire threat at Centrica came in the form of a section 188 notice issued by the company in July 2020, after two days of talks with the GMB, a union famed for its breadth of thought and spirituality, Mr O’Shea said that he had issued the notice after receiving legal advice that he was obliged to do so as soon as it became clear that a negotiated settlement may not be possible. We wonder if the legal notice he received came wrapped in the mutilated body of a dead rat? (Just trying to find a theme here.)

A person who must be no stranger to poop parcels is Michael O’Leary, the exasperating little boss of Ryanair who has taken to shouting at all of the EU now for scuppering his chances of selling loads of tickets to people desperate to escape these isles and sample new strains of our old friend, the Coro ... blah, blah, blah. Certainly his airline is deep in it, revealing record losses this week.

Mr O’Leary had been confident of a strong recovery for his Ryanair as the news around Covid perks up, but it appears he is unimpressed with the European Union’s current record of vaccinating just three per cent of its population. He called on the EU to “get its act together” on vaccinations, as his airline warned it was facing an annual loss of nearly €1 billion because of continuing travel restrictions.

”Hang on, Herr O'Leary,” the European Union said in response, “let’s just make a note of that; ‘get our act together’, you say. Useful.”

Michael was whingeing to the BBC, who are always open to a whinge about the Government. He said he was still confident his airline would benefit from a sharp recovery in travel this summer.

“We expect to see a very strong return of British families travelling to the beaches of Spain, Portugal, Italy and Greece in relative safety this summer,” he said; but we intimated that above, Michael.

Yep, those words “relative safety” are at the centre of the sales pitch we all need to pour over to Europe and discover ourselves again in Irish pubs, pizza outlets and continental charm.